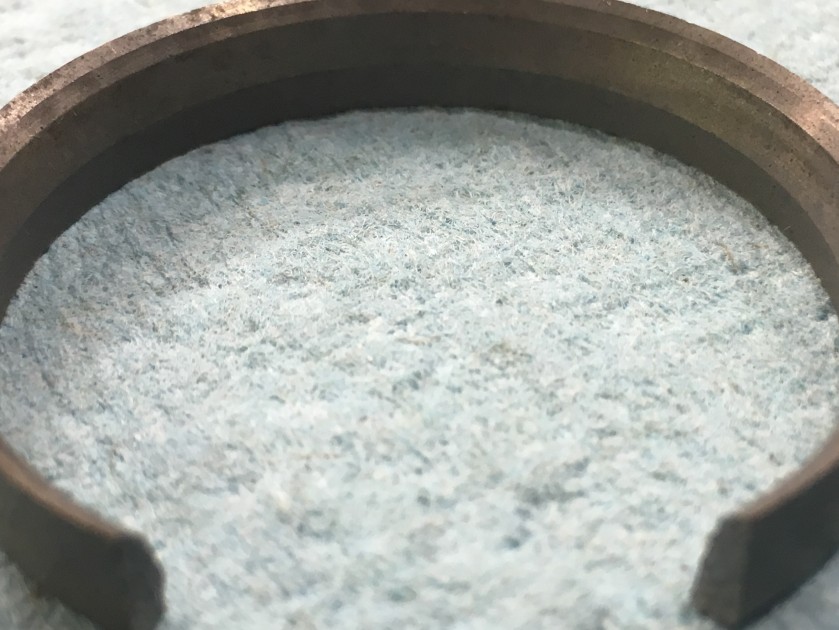 This problem of intake valve seats dropping has struck quite a few owners over the past few years. We first became aware of it with track cars back around 2014. Shortly after, we started seeing seats actually fall out in our ultrasonic parts washer (heated to just 165*) and our casting oven (heated to 210*) during valve guide installs. Lucky for all involved it happened in the shop and not on the road or track. As you can imagine the results can be catastrophic to the engine and the wallet.

As a result of these issues, three years ago we began compulsory replacement of all 3.4l 987 (not to be confused with the 996 3.4) and 3.6l 996/997 intake valve seats when we service these heads. In June of 2018 we expanded that to include exhaust seats after seeing several failures. We will not rebuild these heads without total replacement of all valve guides and valve seats.

Here are some pics of exhaust seat failures.

It’s worth pointing out that the mechanic working on the car made a bad situation worse by pulling a spark plug to diagnose what caused the engine to lock up. The sparkplug was damaged in the failure and when the mechanic pulled it out it mucked up the plug threads. We recommend not pulling the plugs to scope a cylinder on any locked up engine or engine that has clearly suffered a major failure. We can mill out the offending plug in the shop. These heads do not have a lot of meat between the sparkplug and the intake seats for an insert so we always attempt to save the factory threads. 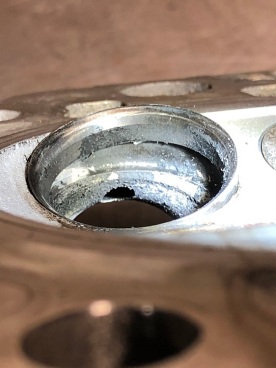 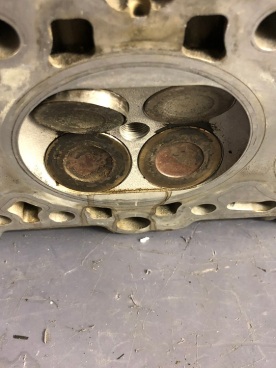 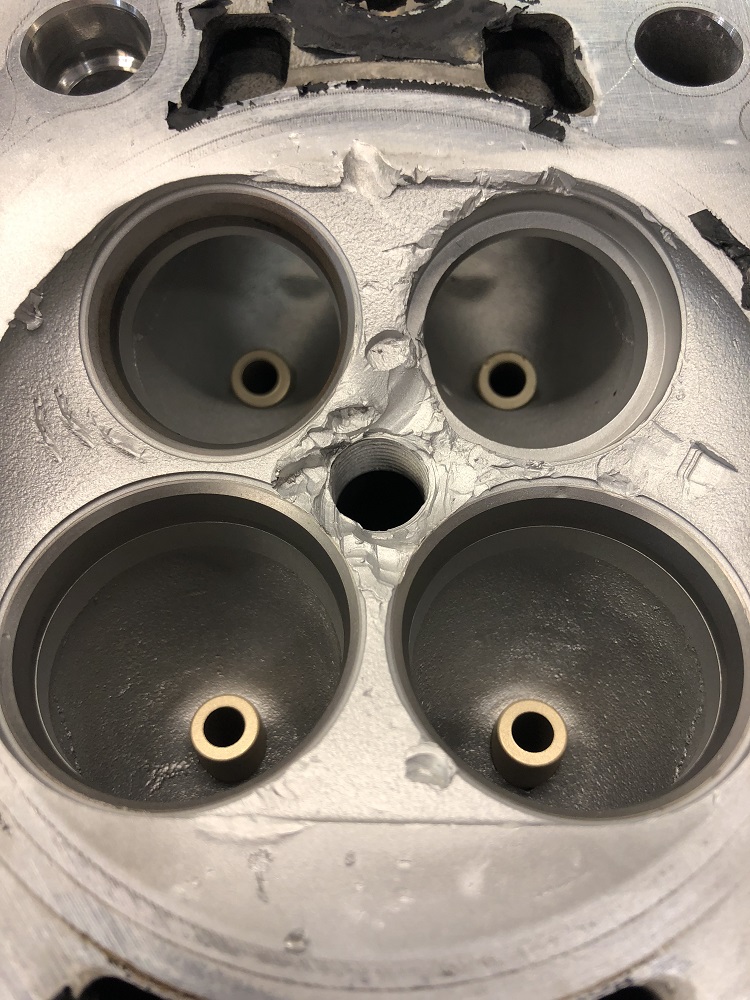 We recently had several intake seats drop in the shop on a pair of 3.4 987 heads. We  always take measurements when this happens and this time around we decided to snap some pics and share the results. Here’s what we found: Interference fits of a mere .003″.  And the thing is, that .003″ was on the tight side of what we usually see. In the past we have measured interference fits as small as .0015″, making those heads ticking time-bombs.

We’re pretty sure these heads did not leave the factory with seats this loose. They wouldn’t have made it this long. It’s my opinion that these seats are loosening over time as a result of a perfect storm of valve-train conditions that lead to major valve bounce. These conditions are: worn guides, weak valve springs and aggressive cam profiles. These conditions lead to tremendous shocks to the heated aluminum seat bores, enlarging them over time. Think of the valves as little hammers pounding the valve seats in a wobbling spiral motion. Keep in mind that aluminum softens with heat, making it even more vulnerable to dimensional instability.

The intake guides in these heads are very short. Aside from linear valve movement they must also deal with the valve spring wave actions typically present in parallel non-interference dual springs, as the intakes use. These wave actions move up and down the spring and transfer through the retainer into the valve stem leading to lateral and spiraling valve motion during valve events, causing a wallowing of guide material. The resultant hour glass shape of the guide puts the valve out of square with the seat during the valves critical landing point and allows the valve to transfer that wallowing motion into the seat itself. These seats are so hard that they do not wear like typical seats in early aluminum heads. They take the abuse head on and transfer that motion into the aluminum head.

Bounce when worn guides are in play will very often loosen valve seats in aluminum heads, especially when performance cams are used. Weak valve springs and worn guides are a potentially lethal combination in a performance engine and can easily lead to catastrophic failure. 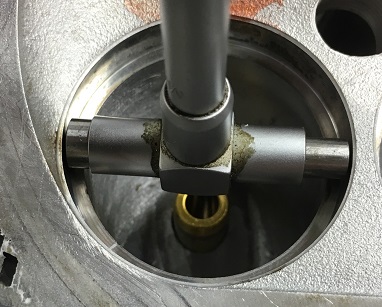 We machine new seat counterbores for a more shock proof seat with excellent wear qualities. Here’s a pic of a finished counterbore.

We have never seen this issue of dropped valve seats with any other model of M96/97 cylinderheads, though we also insist on replacing the intake seats in 3.8l heads due to their similarity to the 3.6l heads.